Jack and I made the decision a couple of years ago that we wanted to manage our farm solely for the benefit of the environment and wildlife rather than for commercial gain.  Our land is low lying and heavy and can be difficult to farm.  It has never produced good yields and in the winter, some of it is permanently under water, making it very difficult to get a crop established if the weather is against us.

Coupled with the fact that both of us are becoming increasingly distressed about the challenges facing the environment and the number of species that are facing extinction, we both felt that our land could be put to better use and we both felt it was right to ‘give something back’.

Since then, we’ve been growing nectar and pollen rich plants that provide food for insects as well as seed for overwintering birds.  We have stopped using all pesticides and chemicals on the land and keeping cultivation to a minimum to allow the soil to recover.

The biggest change, and our greatest challenge so far is the establishment of 50 acres of native mixed woodland.  Sadly, the farm has largely been stripped of all the trees that would have once been there, so re-establishing some native woodland felt like a natural place to get a bit of a head start on our journey to ‘re-wild’ the farm.  Late last year, we put up deer fencing to protect the saplings from the resident deer and rabbit populations.  Deer numbers have exploded in recent years and they are particularly partial to the new shoots of trees and shrubs which can make establishment of new trees difficult.  Then, in early March, 28,000 trees arrived and it was all hands on deck to get them into the ground.

We wanted to plant them by hand to give them the best start as well as making sure the overall effect looks as natural as possible.   It was an enormous task - I think we underestimated the scale of what we had taken on and there were definitely a few ‘what have we done’ moments.  We were very grateful to have the support from local villagers, friends and of course some of our Wrendale team and eventually after some very long days, all 28,000 were safely planted.

We can’t wait to see the woodland grow and the impact that has on wildlife and biodiversity in the area.  Our next big project is restoring an area of wetland in one of the boggy areas of the farm – this has the potential to have a huge and rapid impact on biodiversity so we can’t wait to get digging – I’ll be writing a post over the next few months about how we get on….

Sign up to our newsletter for the latest Wrendale news and exclusive offers. 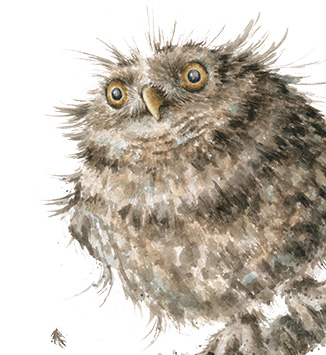